Coeliac disease in children and the impact on families

Or a child may show non-gastrointestinal symptoms (or some children may show both), including

Some children may have few or no symptoms at all.  When testing for coeliac disease in children if a child is symptom free and growing normally but has other risk factors for coeliac disease (such as genetics) it is currently recommended to wait until 4 years of age (antibody tests are more accurate from the age of 4). If a child is showing symptoms of Coeliac disease (especially those such as persistent anaemia and failure to thrive) antibody tests can be done at any age, although they are not diagnostic on their own and further testing and referral to a gastroenterologist is required.

Introducing solids; what about gluten?

When to introduce gluten into a baby’s diet is a common worry for some parents, especially if the parents are coeliac themselves.

Current evidence suggests that the introduction of gluten does not need to be delayed, and that gluten can be commenced from when a baby is ready to start solids, even if they are at higher risk of coeliac disease;

Coeliac disease is a permanent life-long condition and management of coeliac disease involves following a strict gluten free diet. Even trace amounts of gluten can damage a child’s small intestine, without always showing symptoms. This can present many challenges for families of babies, young children and even teenagers with coeliac disease.

Having a child diagnosed with coeliac disease can impact a family in many ways;

Reading labels on all foods
The supermarket shop can suddenly take a lot longer and may also be more expensive, as label reading is a must on all foods to determine if there is any gluten present, and most gluten free products are more expensive.

Taking care when eating out

An Accredited Practicing Dietitian is the most qualified person to support a family and child with coeliac disease and provide specific advice and education on how to manage a gluten-free diet. 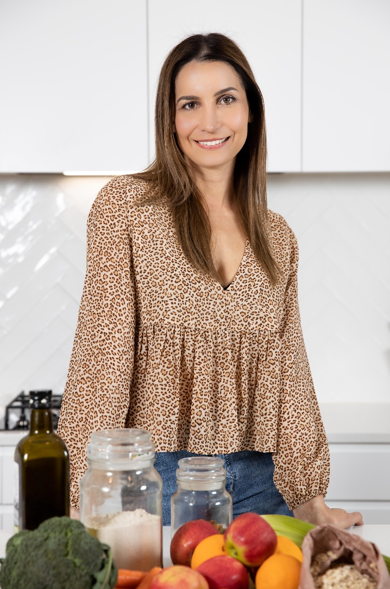 Anna Ritan APD BND is a Paediatric Dietitian and Nutritionist and creator of Nourish Little Lives.

Anna created Nourish Little Lives to provide parents with evidenced based nutrition information, so parents can make informed decisions about their child’s nutrition.

Anna has 12 years of experience as a Dietitian, and has specialised in Paediatric and Neonatal Dietetics. Working with thousands of babies, children and families and as a busy mum of 3 young children, her approach to nutrition is individual, practical and realistic.