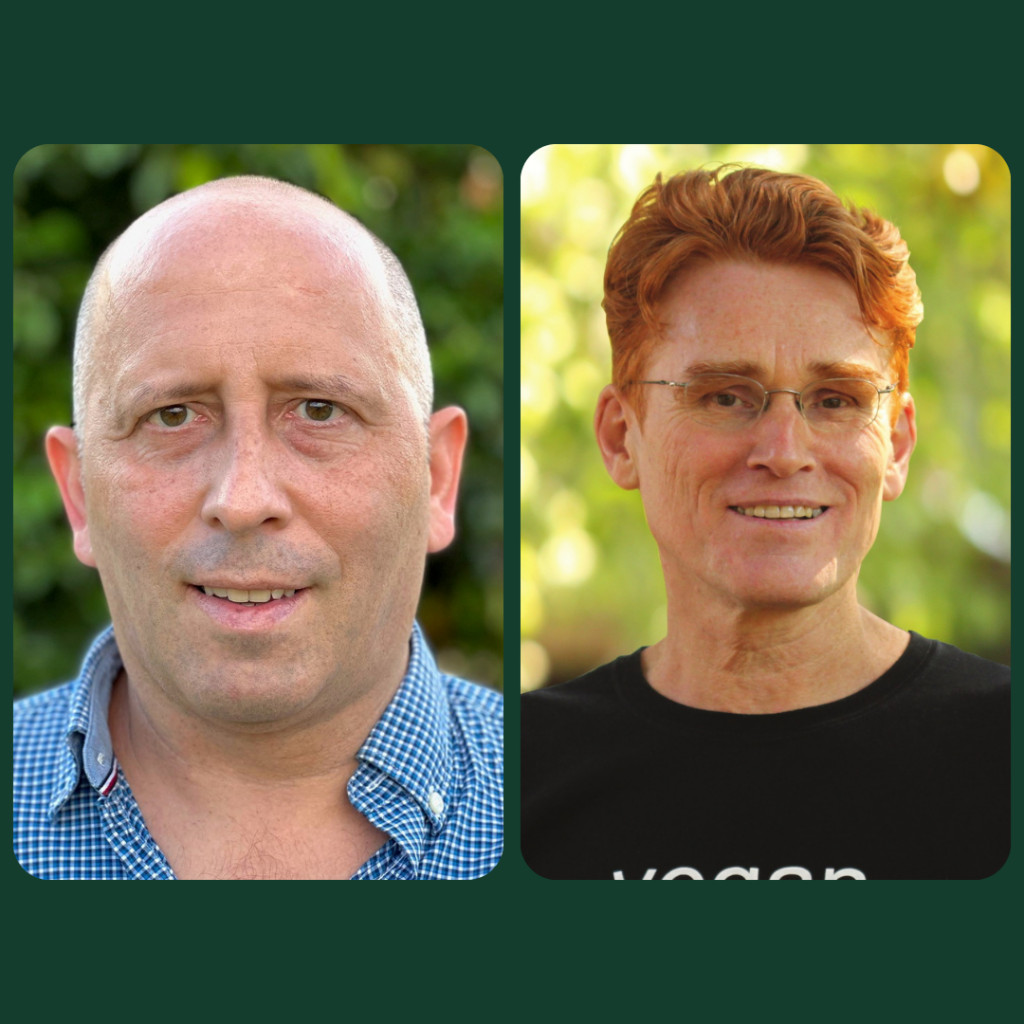 About Ken Goldstein
Ken has been vegan for over 15 years. Ken, alongside his wife Shanna, started Fussy Vegan in 2018 as way to both make it easier to check if a product is vegan or not in the supermarket and to be a trusted source of information for the vegan community.

About Greg McFarlane
Greg decided to go vegan over 25 years ago after learning about the suffering inherent in the egg and dairy industries. A software developer by trade, he has been actively involved in the animal rights and vegan movements for the past 15 years, including as a former committee member and president of Vegan NSW. Recognising the clear need for a national voice for veganism, Greg helped found Vegan Australia as a registered charity in 2014. He was motivated by a strong belief that people and institutions must be encouraged and supported to include animals in their circle of compassion. He often speaks to the media and to government inquiries about a broad range of issues including public health, the environment, animal rights and agriculture. Greg believes that the rights of animals will be best protected by cooperation between like-minded groups both nationally and internationally. He represented Vegan Australia as part of the International Vegan Rights Alliance and was instrumental in establishing the Vegan World Alliance.

Apple Google-drive Globe
New Recipes
We have updated our Recipes in our learn section.