How to handle celebrations when your child has allergies- Jackie Nevard

December is a busy time with Christmas parties, family get-togethers, endless food being given out, change in family routines and instead of being enjoyable can feel overwhelming and can often be a high-risk time if not managed well.

In my session I will cover :

Why it’s important to share the load this holiday season

I understand the challenges of bringing up a child with life-threatening allergies and my session offers practical tips and tricks to make celebrations inclusive and enjoyable for everyone, including YOU!

Founded in 2012 Jackie Nevard is the founder and creator behind My Food Allergy Friends. Jackie is the author of the children’s allergy book series featuring Thai & Rabbie. Her son Thai has multiple food allergies, and after realising the need for allergy education

when her son was diagnosed with 7 food allergies, Jackie launched My Food Allergy Friends. She has produced six books in her educational allergy series, a string of educational resources for parents, schools, and childcare centres, and runs the

Food Allergy Smart program in childcare centres and schools as well as her popular allergy awareness sessions in Australia.

Jackie also Co-Founded Allergy Masterclass with Simone Albert providing allergy education for families focusing on practical tips for home life, kindy, and school and addressing the mental health aspect of allergies that are often overlooked. Allergy Masterclass  is passionate about educating everyone, so families can work together in providing safe and a fun-filled life for their children. Bringing grandparents, mums, dads, aunts, uncles, and children together to empower them to live an amazing life with allergies.

END_OF_DOCUMENT_TOKEN_TO_BE_REPLACED

Managing the festive season with your child’s food allergies

Whilst the Christmas festive season is often full of joy and celebrations with families and friends it can be a very stressful and challenging time if your child has food allergies. To help you head into the festive season feeling more confident and prepared I have put together some of my favourite tips for how you can keep your child safe this festive season.

I hope you find these tips helpful and can enjoy a lovely and safe festive season. If you would like more support on managing the festive season with your child’s allergies please get in touch.

Melinda is an Accredited Practising Dietitian and founder of Lifestyle Nutrition, a paediatric practice based in Melbourne. She has completed further post graduate training in paediatrics including her Certificate in Paediatric Nutrition and Dietetics with the Royal Children’s Hospital.

As a paediatric dietitian Melinda has a special interest in food allergies and intolerances. Melinda  understands how challenging and upsetting it can be for parents trying to navigate the complexities of food allergies and intolerances. She enjoys being able to help these families identify food triggers, relieve distressing symptoms and feel confident feeding their baby or child.

END_OF_DOCUMENT_TOKEN_TO_BE_REPLACED

5 Tips For Catering For Someone With A Food Allergy

Nicole is an Accredited Practising Dietitian who strongly believes in establishing a positive relationship with food. Her passion for food comes from first-hand experience living with severe food allergies. Nicole is at risk of anaphylaxis to egg and dairy and also has oral allergy syndrome. She understands how a restricted diet can affect many aspects of your life and has great empathy for clients requiring specific diets.

Nicole is a member of Dietitians Australia and along with her University studies, has also completed the Monash University Low FODMAP diet course. You can get in touch with Nicole via her Instagram and Facebook pages, Life Beyond Allergies.

END_OF_DOCUMENT_TOKEN_TO_BE_REPLACED

Navigating The Emotional And Psychological Phases Of Allergies

Join us for a Q&A session with Simone Albert talking about her new book ‘Beyond the Allergy Diagnosis – A Guide to Understanding and Navigating the Emotional and Psychological Phases of Allergies’ and all things relating to what can sometimes be a heavy burden when first diagnosed with a chronic condition and how over time and moving through grief and acceptance to a thriving quality of life not just surviving.

Simone is a wellbeing expert, counsellor, speaker and nurse whose passion is to support families. She specialises in helping and guiding parents, children, tweens and adolescents living with a chronic condition, in particular allergies, live a more relaxed, safe, resilient, confident and fulfilled life with thriving mental health.

Simone combines over eight years of university studies with close to thirty years of professional work in hospitals, clinics, private practice, including over fourteen years of personal experience as a family living with the chronic condition of allergies.

END_OF_DOCUMENT_TOKEN_TO_BE_REPLACED 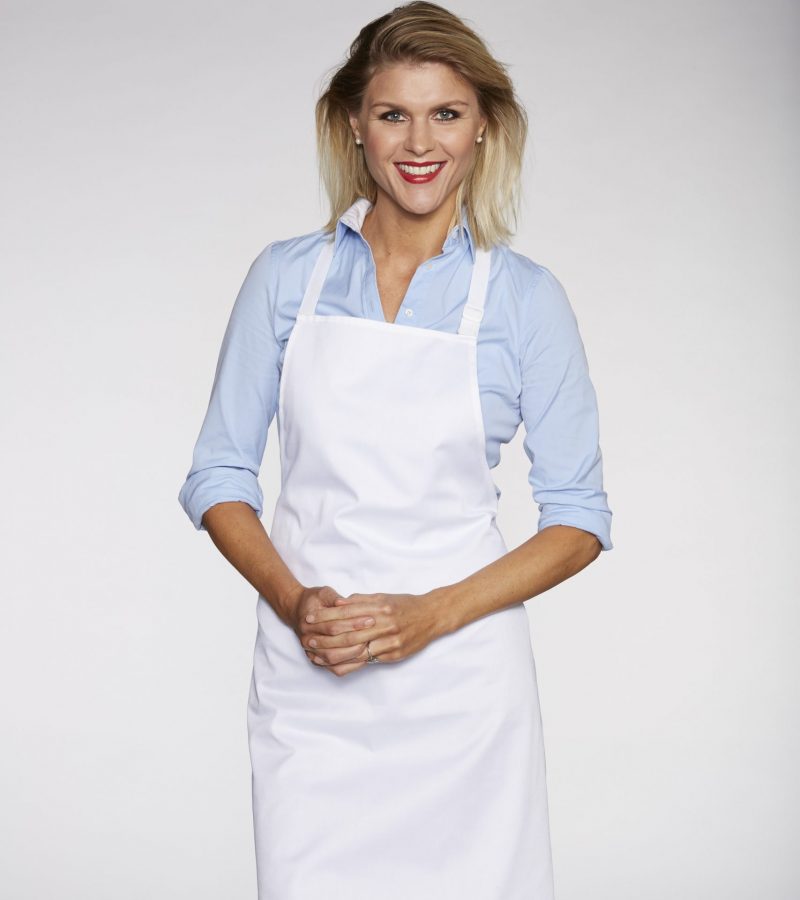 END_OF_DOCUMENT_TOKEN_TO_BE_REPLACED

Melinda is an Accredited Practising Dietitian and founder of Lifestyle Nutrition, a paediatric practice based in Melbourne. She has completed further post graduate training in paediatrics including her Certificate in Paediatric Nutrition and Dietetics with the Royal Children’s Hospital.

As a paediatric dietitian Melinda has a special interest in food allergies and intolerances. Melinda  understands how challenging and upsetting it can be for parents trying to navigate the complexities of food allergies and intolerances. She enjoys being able to help these families identify food triggers, relieve distressing symptoms and feel confident feeding their baby or child.

END_OF_DOCUMENT_TOKEN_TO_BE_REPLACED

The Game changing Tool: that can help you understand your food intolerances and allergies better!

Something that has been so beneficial to many of my clients is the use of functional pathology as part of their health assessment. It is the perfect tool that combines my unique holistic approach with science based medicine. It has been real game changer with my patients being able to finally provide them with accurate answers to their health.

Jade Anstey is a naturopath and nutritionist with a strong ability to identify the bodies innate ability to find its equilibrium or ‘balance’. Know as ’the naturopath you have to see’, her message- that health is individual, that no approach is the same and that balance can be achieved- she inspires people across the globe to understand & bring balance to their own health. Working in key areas of digestive disorders, the microbiome and the gut-immune system Jade believes the body has the ability to not only health but ultimately thrive in health.

END_OF_DOCUMENT_TOKEN_TO_BE_REPLACED

This video provides advice on solid introduction and allergy prevention. While we cannot predict food allergies, there are a few things we can do to reduce the risk. Dea touches on how and when to introduce allergenic foods to your baby, knowing different allergy reactions (mild to moderate and severe reactions), and what to do with her top tips you can do right-away! 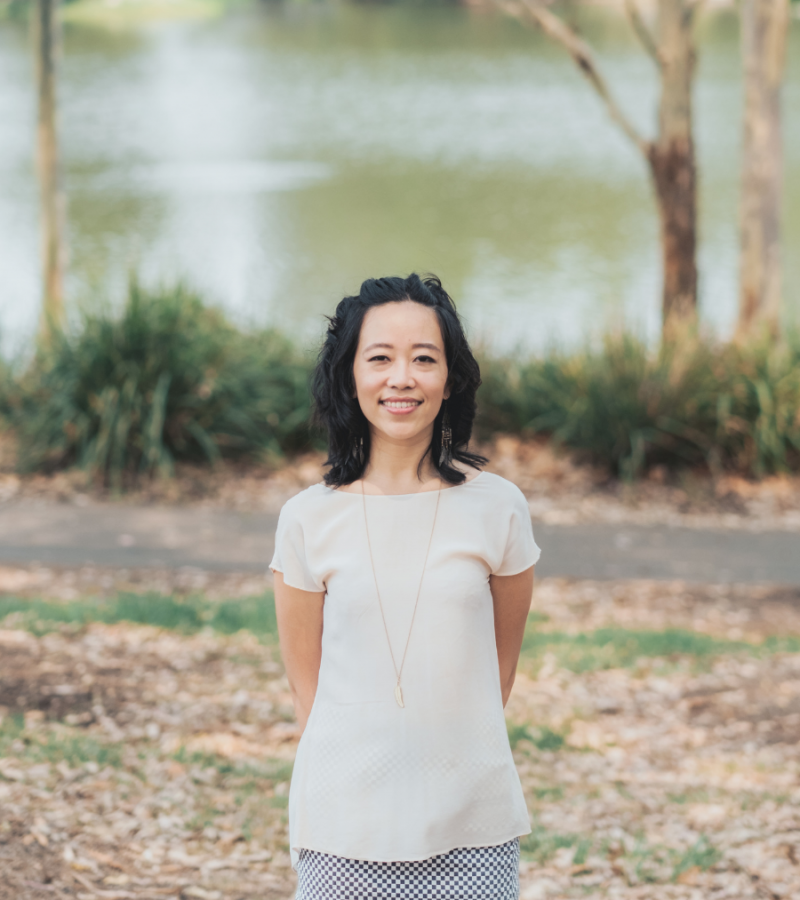 I’m a dietitian and a mother of a 2 year-old daughter.

I have worked with mothers and infants with food allergies and intolerances in the last 8 years.

I am passionate in helping mothers gain confidence in navigating (what can be) a challenging world of food allergies and intolerance.

I find it highly rewarding to see my allergy babies thrive and eat confidently without their parents worrying about incidental reactions, eczema, abnormal stools and irritability/fussiness.

I would love to help you one way or another!

END_OF_DOCUMENT_TOKEN_TO_BE_REPLACED

In our Facebook Community last week, we had the pleasure of welcoming Sharon Selby from Deliciously Allergy Free.

She spoke about Gut Health and the importance this plays when dealing with allergies or intolerances.

She has shared some insight below on Probiotics that can help to restore the gut and help with allergies and intolerances.

Peanut allergies have increased by over 350% in the last 20 years. It’s the most common cause of fatality due to food-induced anaphylaxis. (1)

Other food allergies are also massively on the rise. Recent statistics show that 10% of children under one have a proven food allergy (2). These stats don’t even include all those suffering from food intolerances and their related health conditions of eczema, asthma, behavioural and digestive disorders.

There are many theories regarding this rise, from poor gut health, the Standard Australian/American diet (SAD), genetically modified foods (GMO’s), chemical toxins and even vaccines. But everybody is in agreement on one thing:

Up until about 50 years ago, allergies were RARE, and now they are RAMPANT.

While the rise in allergies is very concerning, as a parent there is a level of comfort here. These stats tell me we can’t blame genes entirely and that we‘re powerless to do anything. Genetics don’t work that way or evolve that quickly.

It does suggest that external factors such as diet, the environment and lifestyle choices can have an influential role to play on whether your child has an allergy and if they can reverse it.

In a fascinating study, researchers from the Murdoch Children’s Research Institute have been able to drastically reduce allergic responses to peanuts by administering probiotic therapy.

Over 60 peanut-allergic children in the study were either given a dose of a probiotic, (Lactobacillus rhamnosus), together with peanut protein in increasing amounts, or a placebo over 18 months to assess whether children would become tolerant to peanut.

At the end of the treatment, a peanut challenge was conducted on all the children two to five weeks after stopping the treatment.

Incredibly, researchers found over 80% of children who received the oral immunotherapy treatment using the probiotic strain were able to tolerate peanut at the end of the trial, compared to less than 4% of the placebo group.

This is 20 times higher than the natural rate of resolution for peanut allergy. WOW!

In summary, the likelihood of success was high – if nine children were given probiotic and peanut therapy, seven would benefit.

By supporting the immune system and building up the gut health of allergy children, there seems to be a higher chance for the immune system to produce protective responses to peanut protein, rather than developing a harmful response.

QUICK WINS TO GET PROBIOTICS INTO YOUR KIDS DIET

I’m a huge fan of probiotic supplements and also making your own probiotic dairy-free yoghurts at home which are so easy to do.

Get your buying guide to probiotics by clicking HERE.

If you’d like to make your own probiotic-rich cultured yoghurt I have the recipe here.  This yoghurt is full of incredible gut-healing probiotics that are ideal for allergies, eczema and digestive disorders.

Get the recipes HERE.

A certified health coach for mums, who want to help their kids thrive – even if they’ve got allergies, intolerances, or other health niggles.