10 free tips to help your gut health this Christmas

Are you feeling anxious about all of the food and drink you are going to have during the Christmas and party season? Worried about how you will cope with your irritable bowel syndrome, bloating and food intolerances?

Whilst you may be unable to control WHAT you eat, you can still make a big impact on your gut health when you change HOW you eat. To help you feel more confident with food and drink this silly season, I am sharing 10 of my favourite free gut health hacks to help you have a healthier and happier gut.

Rachel Larsson is a qualified naturopath and nutritionist that specialises in gut health issues such as bloating, food allergies and intolerances, detoxification and mental health.

Rachel has a passion for facilitating meaningful change and helping individuals live their best life. She has a unique approach to supporting her patients through her Gut Feeling To Gut Healing Program which combines gut health, food as medicine, functional testing, evidence-based medicine, nutritional biochemistry and mindfulness.

Her expertise has led to collaborations with the likes of: I Quit Sugar, Mind Body Spirit Festival, Food Matters, Nourish Melbourne and Retreat Yourself Radio.

END_OF_DOCUMENT_TOKEN_TO_BE_REPLACED

The Importance Of Gut Health

Since 70-80% of our immune cells are housed inside our gut lining, it pays off to look after your gut health.  When that happens the immune system starts performing like it should: tolerant to more foods and the environment, fights off infection effectively, increases energy, improves mood and digestion and so much more.

In my live video I share the three food groups that do wonders in healing the gut and how easy they are to make and include in our diets. Discover my simple protocol of Sealing, Seeding and Feeding and never feel confused about what to eat again.

Sharon Selby is Australia’s leading health coach specializing in allergy-friendly living.  She runs online courses and cooking classes teaching parents how to cook nutritious, tasty meals while being on a restricted diet. Her passion came from healing her son’s multiple food allergies, intolerances, eczema and reflux by the time he was 18 months old.

Sharon loves sharing that good health begins in the kitchen and with a nutritious diet families will thrive.

To learn more about Sharon Selby and her online courses visit deliciouslyallergyfree.com

END_OF_DOCUMENT_TOKEN_TO_BE_REPLACED

When following a low FODMAP diet, finding appropriate, healthy snacks can be a challenge. What are our Go-to-low-FODMAPs snacks? And why would we want to snack?

Snacks can help to fuel us for exercise, keep us satisfied between meals, help us to meet our nutritional requirements, prevent overeating and regulate our blood sugar level. For a snack to achieve this, it is important to make a good choice, consisting of an appropriate portion, protein and complex carbohydrate. When you’re eating low-FODMAPs, making this choice can seem a little more daunting than usual.

Having easy and nutritious snack ideas and planning ahead will help to keep you on track with healthy eating and feeling full, satisfied and energised while eating a low-FODMAPs diet.

The following is a handy list of healthy and balanced snacks you may like to incorporate for morning/afternoon tea or supper! Included are links to a few low-FODMAP recipes, plus, scroll down for a recipe for a delicious roasted eggplant dip, great with low-FODMAPs crackers or veggie sticks.

1/ A serve of low-FODMAPs fruit. For example:

3/ Nuts and seeds. For example:

2/ Blitz eggplant in food processer or high powered blender w/ all other ingredients and you’re done! 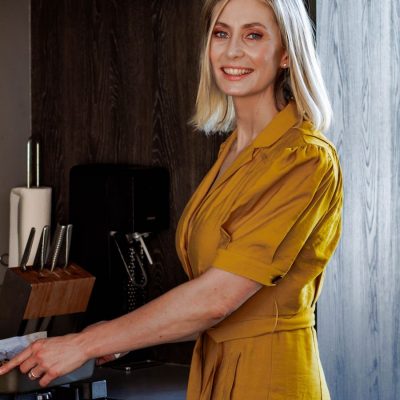 Chloe McLeod is an Accredited Practising Dietitian who is passionate about motivating and helping others to live the best lives they can.

She was inspired to create The FODMAP Challenge to help individuals determine the triggers of their Irritable Bowel Syndrome (IBS) after recognising just how many people needed better support through this process.

With a Bachelor of Nutrition and Dietetics at Flinders University and a Masters of Public Health at the University of Sydney, Chloe loves seeing the improvement in each individual’s quality of life once they are able to make better decisions about their food choices.

END_OF_DOCUMENT_TOKEN_TO_BE_REPLACED

Jasmine Fitzgibbon, the De-Bloating Queen from The Wholesome Heart will be sharing all of her best gut health and digestion tips!

If you are suffering from digestive issues and unsure where to start, this is a great place.

Jasmine will be chatting all things digestion and gut health. Hippocrates said, “All disease begins in the gut”, the gut truly is the epicentre of our health!  Learn what ways your gut could be sending you messages that something is out of wack.

She will also be breaking down a ‘healthy poo’, what is a healthy poo, how many times should you be going a day, along with all the tips she shares with her clients suffering from constipation or diarrhoea.  Of course she has her best de-bloating tips, so you can walk away and start implementing these tips ASAP. 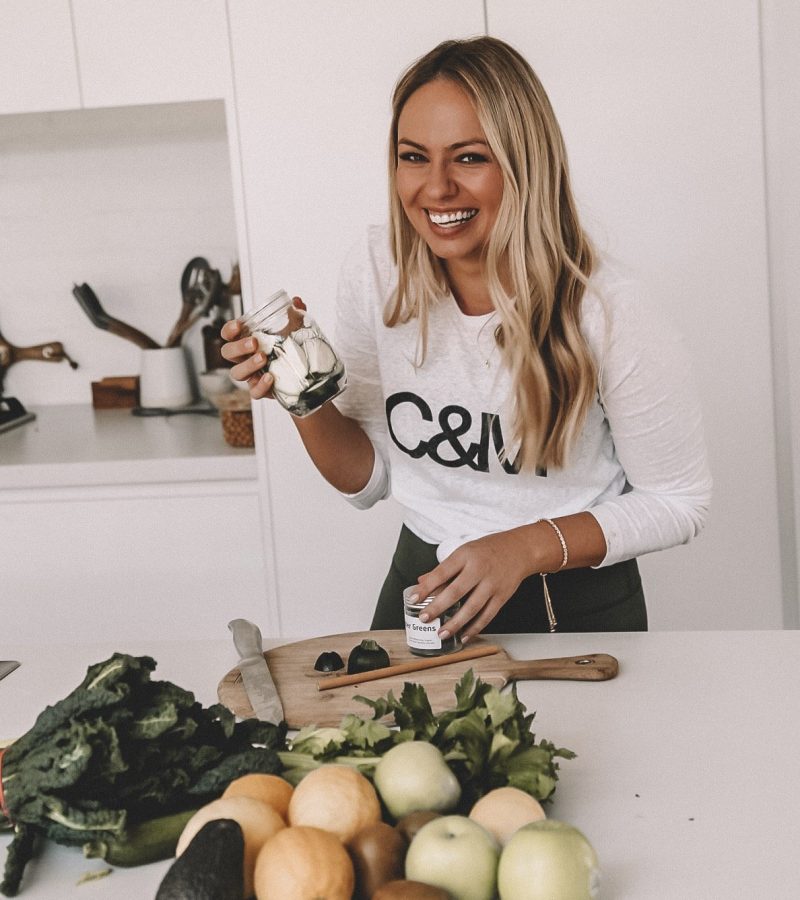 My name is Jasmine, and I am the founder of The Wholesome Heart. I am a Women’s Health & Nutrition Coach, specialising in Digestion & Gut Health! Which means I love chatting all things poo, periods, gas, bloating, breakouts and everything in between – I lived a life of ALL the symptoms you can think of, and now I want to make sure other women see that it’s NOT normal and you don’t need to put up with them.

But ‘work stuff aside’ I am a dog-mum to a beautiful choccie lab named Winnie, she takes up most of my time as she needs more love than I do ha-ha I would happily live on a deserted island of puppies, coffee and chocolate… 😀 (ok there might be a couple of other things I’d take but these would be my non-negotiables

Casey-Lee shares easy-to-understand nutrition advice and healthy lifestyle inspiration to help you embrace your best life via her website and Online Program ’Nourish From The Inside Out.’

To download her free recipe e-book or to browse through hundreds of delicious recipes visit www.livelovenourish.com.au or follow Live Love Nourish on social media.

END_OF_DOCUMENT_TOKEN_TO_BE_REPLACED

Coeliac disease in children and the impact on families

Or a child may show non-gastrointestinal symptoms (or some children may show both), including

Some children may have few or no symptoms at all.  When testing for coeliac disease in children if a child is symptom free and growing normally but has other risk factors for coeliac disease (such as genetics) it is currently recommended to wait until 4 years of age (antibody tests are more accurate from the age of 4). If a child is showing symptoms of Coeliac disease (especially those such as persistent anaemia and failure to thrive) antibody tests can be done at any age, although they are not diagnostic on their own and further testing and referral to a gastroenterologist is required.

Introducing solids; what about gluten?

When to introduce gluten into a baby’s diet is a common worry for some parents, especially if the parents are coeliac themselves.

Current evidence suggests that the introduction of gluten does not need to be delayed, and that gluten can be commenced from when a baby is ready to start solids, even if they are at higher risk of coeliac disease;

Coeliac disease is a permanent life-long condition and management of coeliac disease involves following a strict gluten free diet. Even trace amounts of gluten can damage a child’s small intestine, without always showing symptoms. This can present many challenges for families of babies, young children and even teenagers with coeliac disease.

Having a child diagnosed with coeliac disease can impact a family in many ways;

Reading labels on all foods
The supermarket shop can suddenly take a lot longer and may also be more expensive, as label reading is a must on all foods to determine if there is any gluten present, and most gluten free products are more expensive.

Taking care when eating out

An Accredited Practicing Dietitian is the most qualified person to support a family and child with coeliac disease and provide specific advice and education on how to manage a gluten-free diet.

Anna Ritan APD BND is a Paediatric Dietitian and Nutritionist and creator of Nourish Little Lives.

Anna created Nourish Little Lives to provide parents with evidenced based nutrition information, so parents can make informed decisions about their child’s nutrition.

Anna has 12 years of experience as a Dietitian, and has specialised in Paediatric and Neonatal Dietetics. Working with thousands of babies, children and families and as a busy mum of 3 young children, her approach to nutrition is individual, practical and realistic.

END_OF_DOCUMENT_TOKEN_TO_BE_REPLACED

5 Tips For Catering For Someone With A Food Allergy

Nicole is an Accredited Practising Dietitian who strongly believes in establishing a positive relationship with food. Her passion for food comes from first-hand experience living with severe food allergies. Nicole is at risk of anaphylaxis to egg and dairy and also has oral allergy syndrome. She understands how a restricted diet can affect many aspects of your life and has great empathy for clients requiring specific diets.

Nicole is a member of Dietitians Australia and along with her University studies, has also completed the Monash University Low FODMAP diet course. You can get in touch with Nicole via her Instagram and Facebook pages, Life Beyond Allergies.